The first findings of DSI 2017 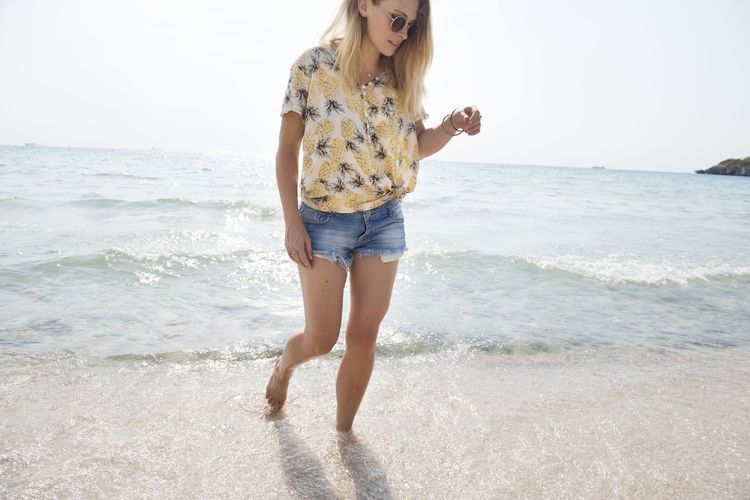 The first findings of DSI 2017 are now available: travellers to Bermuda are the most satisfied in the world, while Cyprus is clearly number one in Europe.

There is a lot of valuation data on hotels and accommodation but not a single index that combines all the factors that make a holiday destination attractive for travellers, thereby offering a comprehensive overall valuation. This is why Norstat and dp2research developed the DSI (Destination Satisfaction Index). It contains 20 important factors that are used to generate a detailed assessment of a given travel destination. For this purpose, dp2 research and Norstat Germany conducted online interviews to determine the satisfaction so far in 2017 of over 20,000 travellers from 24 countries with 144 destinations.

The DSI scores are generally higher for American destinations compared with other parts of the world (over 80% of trips take place within the continent). Bermuda (DSI 9.1) has been identified as the travel destination with the highest overall satisfaction among travellers for the first four months of 2017.

Dennis Pyka and Marc Leimann, Managing Directors of the companies conducting the study and that initiated it, expressed satisfaction but also surprise regarding the results: “The results of the first measurement are definitely impacted by the “good weather” factor’, but given that Canada is 10th in the international ranking, it is clear that travellers assess their destinations in a much more differentiated way. Factors such as the landscape/nature, the hospitality of the locals and personal safety are becoming increasingly important in the overall evaluation of a travel destination. As such, your marketing of destinations should be directed at specific target groups.” 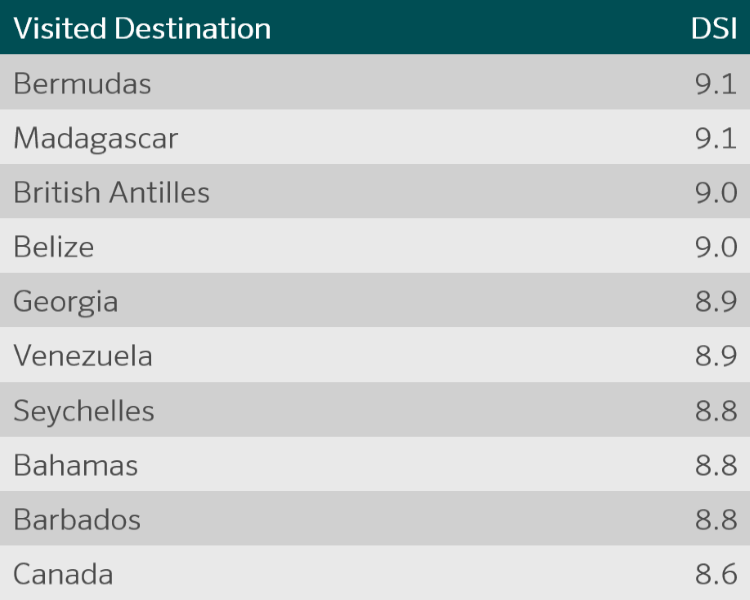 Among the European travels destinations for this period, Cyprus (8.6) is ahead of Austria and Malta (8.3 each), while in Asia, the United Arab Emirates (UAE) leads with an overall DSI score of 8.5.

If we consider, for example, particular segments of satisfaction, the Maldives comes out, less surprisingly, on top worldwide with a segment score of 9.5 in the ‘beaches’ category, but what is surprising is that it is followed by Honduras (9.2) and Barbados (9.1). Cyprus, the top European destination, has a ‘beaches’ score of 8.9, while in terms of tourism offerings, Canada has the highest score (8.3) in the ‘winter sports’ category for the first four months of 2017. It is followed by Austria (8.2), Slovakia (8.1) and Norway (7.9), which constitute three European winter destinations in the segment important for this period.

The equally significant, although uncontrollable, satisfaction factor ‘weather’ is highest for the destinations of Barbados (9.4), the Maldives (9.4) and Kenya (9.3). In terms of Europe, the top winter destination is again Cyprus (9.1).

The more inconspicuous tourist destination of Belize scores surprisingly high in the ‘service and hospitality’ segment with a score of 9.5, unbeaten by any other destination worldwide.

Satisfaction with ‘accommodation’ is highest in the world in the United Arab Emirates (UAE), with a DSI score of 9.3. In Europe, Cyprus (9.1), Malta (8.6) and Greece (8.6) currently occupy the top rankings in this category.
It is no surprise that Italy holds the top spot in Europe in the ‘sightseeing/culture’ segment with a DSI score of 8.7, but the highest ranking destination worldwide in this segment is Israel (9.1).

Data is also collected for other DSI segments such as ‘gastronomy’, ‘personal safety’, ‘value for money’, and many others, and can be analysed continuously against the worldwide benchmark with other destinations. You can also apply different filters such as comparisons of business and private travellers, male and female travellers, and young and old age groups. The interactive Dashboard can display highly differentiated analytics.

View all Posts by Marc Leimann